We use relative clauses to give additional information about something without starting another sentence. By combining sentences with a relative clause, your text becomes more fluent and you can avoid repeating certain words.

How to Form Relative Clauses

Imagine, a girl is talking to Tom. You want to know who she is and ask a friend whether he knows her. You could say:

A girl is talking to Tom. Do you know the girl?

That sounds rather complicated, doesn’t it? It would be easier with a relative clause: you put both pieces of information into one sentence. Start with the most important thing  – you want to know who the girl is.

Do you know the girl …

As your friend cannot know which girl you are talking about, you need to put in the additional information  – the girl is talking to Tom. Use „the girl“ only in the first part of the sentence, in the second part replace it with the relative pronoun (for people, use the relative pronoun „who“). So the final sentence is:

Do you know the girl who is talking to Tom?

whosubject or object pronoun for peopleI told you about the woman who lives next door.

whichsubject or object pronoun for animals and thingsDo you see the cat which is lying on the roof?

whichreferring to a whole sentenceHe couldn’t read, which surprised me.

whosepossession for people animals and thingsDo you know the boy whose mother is a nurse?

thatsubject or object pronoun for people, animals and things in defining relative clauses (who or which are also possible)I don’t like the table that stands in the kitchen.

the apple which is lying on the table

the apple (which) George lay on the table

A relative adverb can be used instead of a relative pronoun plus preposition. This often makes the sentence easier to understand.

wherein/at whichrefers to a placethe place where we met him

whyfor whichrefers to a reasonthe reason why we met him

Imagine, Tom is in a room with five girls. One girl is talking to Tom and you ask somebody whether he knows this girl. Here the relative clause defines which of the five girls you mean.

Do you know the girl who is talking to Tom?

A seaman is someone who works on a ship.

The boy (who/whom) we met yesterday is very nice.

Imagine, Tom is in a room with only one girl. The two are talking to each other and you ask somebody whether he knows this girl. Here the relative clause is non-defining because in this situation it is obvious which girl you mean.

Do you know the girl, who is talking to Tom?

Note: In non-defining relative clauses, who/which may not be replaced with that.

Object pronouns in non-defining relative clauses must be used.

How to Shorten Relative Clauses?

Relative clauses with who, which, that as subject pronoun can be replaced with a participle. This makes the sentence shorter and easier to understand.

A relative pronoun is a pronoun that introduces a relative clause. It is called a “relative” pronoun because it “relates” to the word that its relative clause modifies. Here is an example:

In the above example, “who”:

There are five basic relative pronouns: who, whom, whose, which, that*

Who (subject) and whom (object) are generally only for people. Whose is for possession. Which is for things. That can be used for things and people only in defining relative clauses (clauses that are essential to the sentence and do not simply add extra information).**

Relative pronouns can refer to singular or plural, and there is no difference between male and female.

Look at these examples showing defining and non-defining relative clauses:

P
– The student whose phone just rang should stand up.
– Students whose parents are wealthy pay extra.

“of which” is also possible

non-defining relative clauses
S
– Mrs Pratt, who is very kind, is my teacher.

– The car, which was a taxi, exploded.
– The cars, which were taxis, exploded.

“who” is common in spoken English and informal written English

– The car, which I was driving at the time, suddenly caught fire.

P
– My brother, whose phone you just heard, is a doctor.

“of which” is also possible

*Not all grammar sources count “that” as a relative pronoun.
**Some people claim that we should not use “that” for people but must use “who/whom”. There is no good reason for such a claim; there is a long history of “that” for people in defining relative clauses from Chaucer, Shakespeare and the Authorized Version of The Bible to Fowler’s and Churchill.

Test your understanding with this quick quiz.

who
of which
that

(April 16, 2010) Robert Sapolsky discusses various methods of innate recognition of relatives between animals and humans through protein signatures, olfactory cellular mechanisms, cognitive, and sensory processes. He explores the importance of relatedness in animal mating/ovulation cycles and other phenomena that show how organisms identify each other.
Stanford University
http://www.stanford.edu
Stanford Department of Biology
http://biology.stanford.edu/
Stanford University Channel on YouTube
http://www.youtube.com/stanford 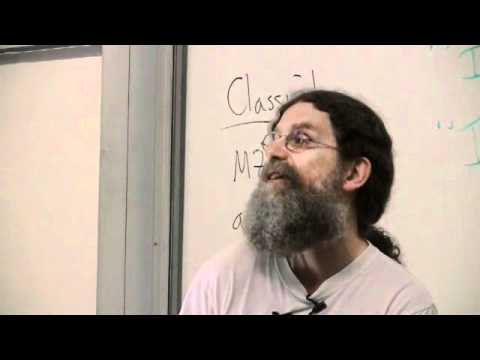 https://bit.ly/3AuO0go Click here and get the best resources online to master English grammar and improve your vocabulary with tons of content for FREE! ↓ Check How Below ↓
Step 1: Go to https://bit.ly/3AuO0go
Step 2: Sign up for a Free Lifetime Account No money, No credit card required
Step 3: Learn with the best online resources and quickly become conversational.
Our English host gives you easy to understand explanations. This is THE FASTEST way to easily take your English ability to the next level!
■ Alisha’s Twitter: https://twitter.com/arishaintokyo
■ Alisha’s Instagram: https://www.instagram.com/arishaintokyo
Click here to get started with English: https://bit.ly/3AuO0go
Also, please LIKE, SHARE and COMMENT on our videos! We really appreciate it. Thanks! 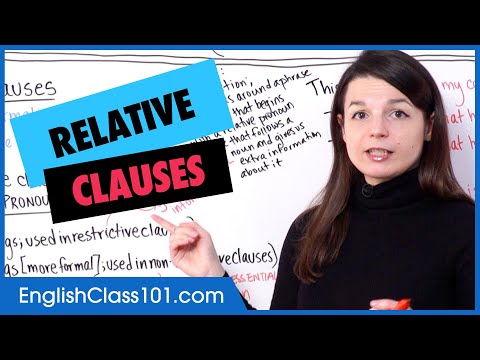 Who, Which, That – Relative Clause – Part 1 (English Grammar)

Object relative clauses can use \”who\” or \”whom\”.
Ex: He is a nice guy who I can trust. = He is a nice guy whom I can trust.
Relative clauses with who, which and that. One of the most challenging topics for intermediate students. Are you a person who studies hard? Let’s do it!
For Studying Materials and Discussion:
Facebook: https://www.facebook.com/SandJEnglish694018870698657/
Please Subscribe:
https://www.youtube.com/channel/UCGFpY_rBzn8zkmVZpOtXCsQ?sub_confirmation=1
Room Background Image: coroichi / PIXTA 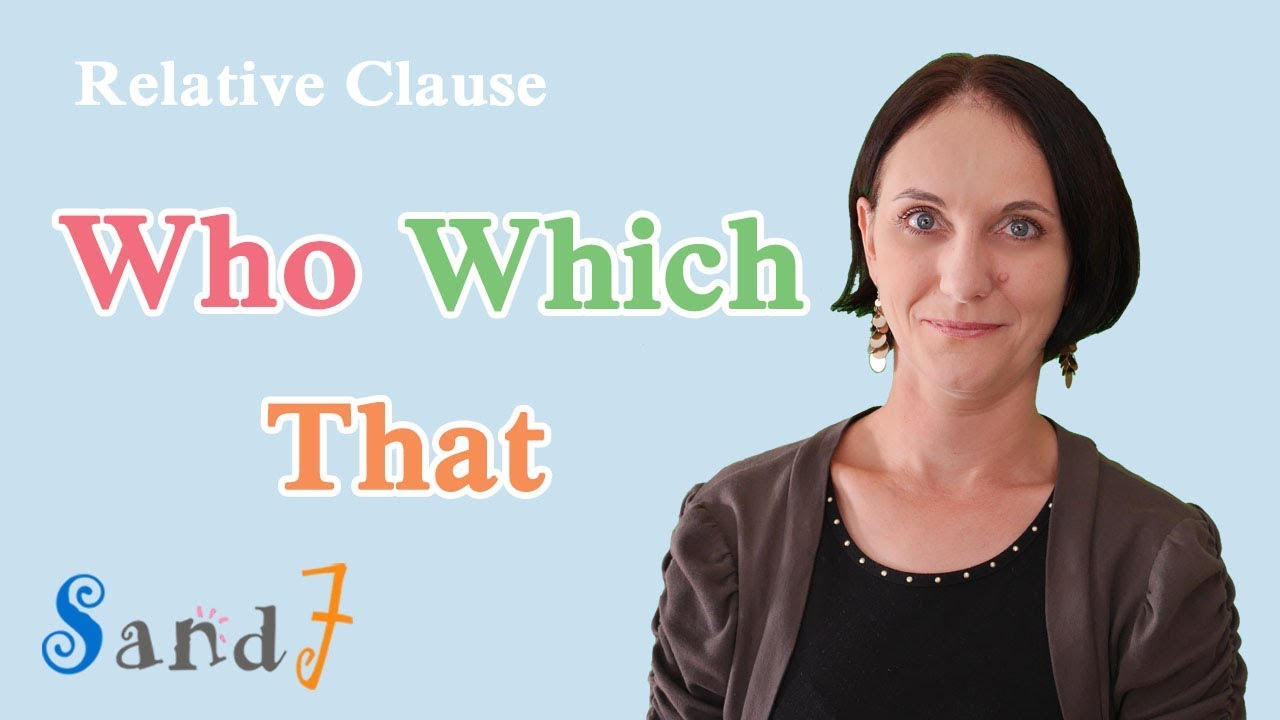 Having lunch with relatives and friends in the desert 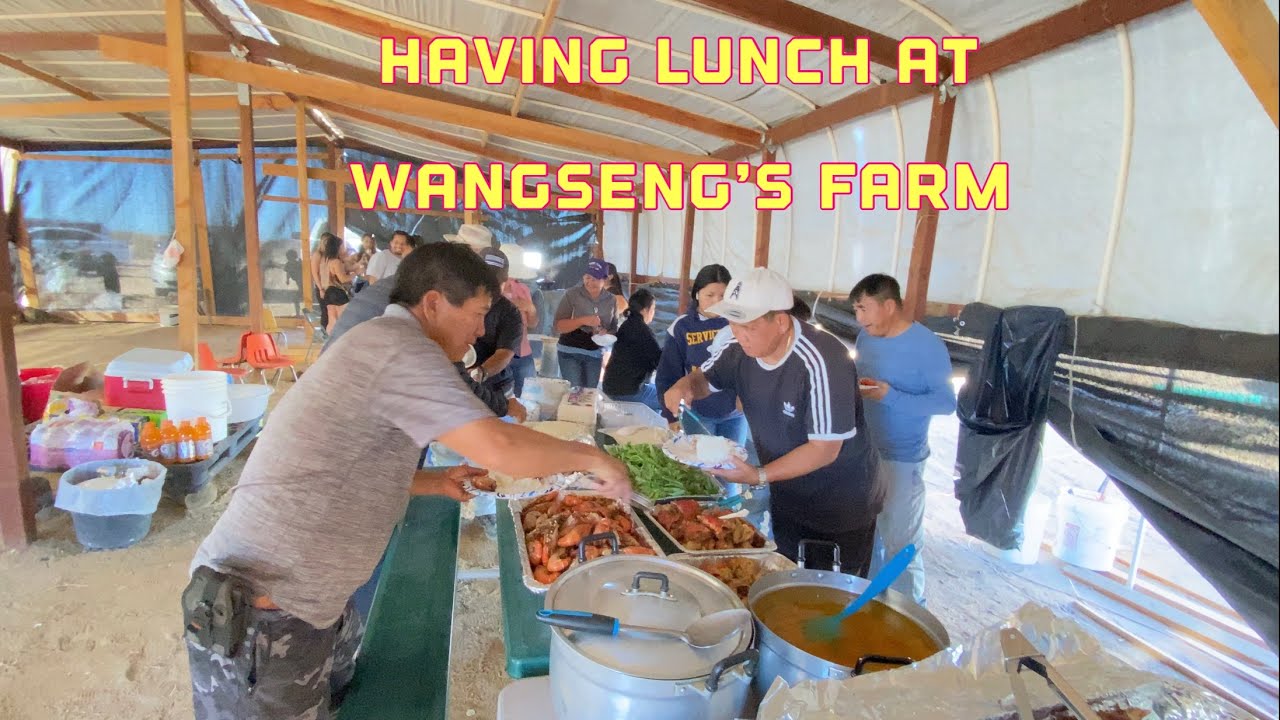 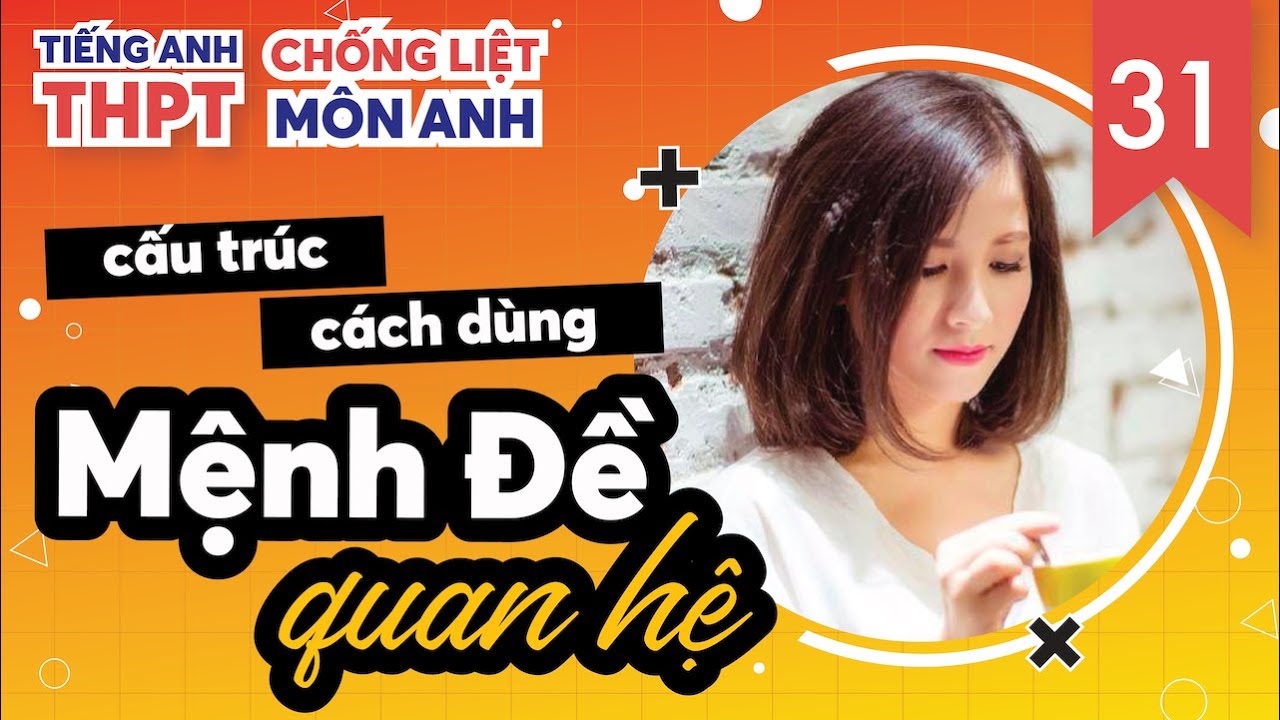