Instructions for question 1 to question 50:

Select the most appropriate option to change the sentences from Direct Speech to Reported Speech.

Q12. The salesman said, “Are you interested in the scheme?”

Q16. The teacher said, “The wind is a renewable energy source.”

Q19. Richard said, “I must attend the meeting.”

Q27. “Don’t make noise in the library.” the librarian said.

Q28. Ms. Nita said, “Reschedule the meeting to next Monday.”

Q35. The landlord said, “You should leave if you can not pay the rent.”

Q37. The lawyer said, “The law always believes in the evidence.”

Q40. Harish said, “Will you accompany me there?”

Q46. She said, “You have been late. Everybody’s here already.”

Q50. Tim said, “I may teach you if you will show sincerity.”

Instructions for question 51 to question 100:
Select the most appropriate option to change the sentences from Reported Speech to Direct Speech.

Q51. Peter said that he would definitely come.

Q52. He asked me if I was free that afternoon.

Q53. She said that she exercises daily.

Q54. He said that he would deposit the cheque the following day.

Q55. John said that Sarah had completed the course.

Q56. George exclaimed with joy that he was happy with his result.

Q57. He said that Chris had been busy.

Q58. He told the peon to inform the manager.

Q59. He said that he had been looking for the file.

Q60. The shopkeeper said that those clothes were really expensive.

Q61. Ravi said that he had taught till eighth grade.

Q62. The warden said that she was in charge.

Q63. He enquired if I had filled the form.

Q64. He prayed that God might fulfill her wish.

Q66. The chairman said that it was his pleasure to be there that evening.

Q67. The teacher quoted that slow and steady wins the race.

Q68. She asked whether Jessica would arrive the following week.

Q69. She said he had had some work to complete.

Q71. Mr. Gupta said that he was busy that weekend.

Q72. The technician said that he would repair the laptop.

Q73. Samuel exclaimed with joy that they had won.

Q74. Natasha pleaded to her mother to let her buy a black dress.

Q75. He said he had left two days before.

Q76. Vinay said that the maid had taken a day off.

Q77. She informed me that he had met with a road accident.

Q78. The reporter confirmed that that news was fake.

Q79. Henry exclaimed with regret that he had missed his flight.

Q80. Gunjan said that he might not come that night.

Q81. Vikas ordered that I had to complete the presentation soon.

Q82. The doctor asked whether he had shown any recovery.

Q84. He asked where his belongings were.

Q85. Keshav said that he had been watching a movie.

Q86. Lisa said that she would be travelling the following day.

Q87. He advised me to book an appointment beforehand.

Q88. Rishabh exclaimed with grief that his friend had died.

Q89. He requested the audience to maintain silence.

Q90. The coach asked us if we had any doubts.

Q91. He said that the grandmother would be visiting.

Q92. Mr. Steven said that that explanation was easier.

Q93. He said to his wife that they should buy a new car.

Q94. The King ordered that they should celebrate their victory.

Q95. The head said to the staff that they had thought of a solution.

Q96. He asked who had been responsible for that.

Q97. She exclaimed with joy that that was her birthday party.

Q98. Anthony said that I should definitely visit there.

Q99. He asked me whether you were ready or he should wait.

Q100. Kiara said that she had been planning for that for a while.

Directions (1-30): In the following questions, a Sentence has been given in Direct/Indirect. Out of the Four alternatives suggested, select the one which best Expresses the same sentence in Direct/Indirect and mark Your answer.

(1) He said that he has read this novel.

(2) He said that he had read that novel.

(4) He said that he had read this novel.

3. Tania said to her friend, ’Can you lend me an umbrella?’

(1) Please give me an umbrella Tania requested her friend.

(2) Will you lend me your umbrella, Tania asked her friend.

(3) Tania requested her friend to lend her an umbrella

(4) Tania asked her friend to give her an umbrella.

(2) Sita says that she Is going there.

(3) Sita said that she will go there.

5. My friend requested me to bring him a sandwich.

(1) He said that if he had the tools he could mend the car.

(2) He tells that he had the tools he could mend the car.

7. She said to the children, ‘You mustn’t play with fire.

(1) She told the children they were not to play with fire.

(2) She told the children that they mustn’t play with fire.

(3) She told the children not to play with fire.

(4) She told the children they are not to play with fire.

8. Everybody says, ‘How well she sings!’

(1) Everybody comments that she sings well.

(2) Everybody says how well she sings.

(3) Everybody tells that she sang very well.

(4) Everybody says that she sang well.

(1)Daman say that Priya was working in Ahmedabad.

(2)Daman said that Priya was working in Ahmedabad.

(4) Daman says that Priya is working in Ahmedabad.

(1) Anne said that it was time to leave for the meeting.

(2) Anne told that it is time to leave for the meeting.

(3) Anne said its time to leave for the meeting.

(4) Anne said that it was time for the meeting.

12. The old man said that he would soon be leaving the world.

(1) Mr Matthew told his clerk to come home as early as possible.

(2) Mr Matthew asked his clerk to be home early.

(1) Water is essential for life was said by me.

(2) I told that water was essential for life.

(3) I exclaimed that water was essential for life.

(4) I said that water is essential for life.

16. Iba said that she might go home the next day with her sister.

(3) He said that honesty had been the best policy.

(4) He said that honesty has been the best policy.

20. He said that he intended to leave for Surat that night.

(3) “I intended to leave for Surat tonight” he said.

(4) “I intend to leave for Surat tonight” he said.

(1) The teacher asked him is poverty not a curse.

(2) The teacher asked him if poverty was not a curse.

(3) The teacher asked him was poverty not a curse.

(4) The teacher asked him whether poverty is not a curse.

22. The prisoner enquired if a lawyer had been arranged for him.

(1) The prisoner enquired, “Is there a lawyer for me?”

(2) The prisoner asked, “Has a lawyer been arranged for me?”

(3) The prisoner enquired, “Had a lawyer been arranged for me?”

(4) The prisoner said, “Have you arranged a lawyer for me ?”

23. Phila ordered her brother to turn down the television and let her work in peace.

(1) Phila said to her brother, “Turn down the television that let me do my work in peace.”

(2) Phila said to her brother, “Turn down the television and let me work in peace.”

(3) Phila said to her brother, “Turn down the television to let me do my work in peace.”

(4) Phila said to her brother, “Turned down the television and let me do my work in peace.”

25. He bade his friends goodbye.

26. He exclaimed with joy that their team had won the tournament.

(3) He exclaimed, “Hurrah! Our team has won the tournament!”

27. His father said that it was time he visited his uncle.

(1) “It was time you visited your uncle” said his father.

(2) “It is time you visited my uncle” said his father.

(3) “It is time you visit your uncle” said his father.

(4) “It is time you visited your uncle” said his father.

(1) He said that he saw a wonderful dream last night

(2) He said that he had seen a wonderful dream yesterday.

(3) He said that last night he had a wonderful dream.

(4) He said that he had a wonderful dream the previous night. 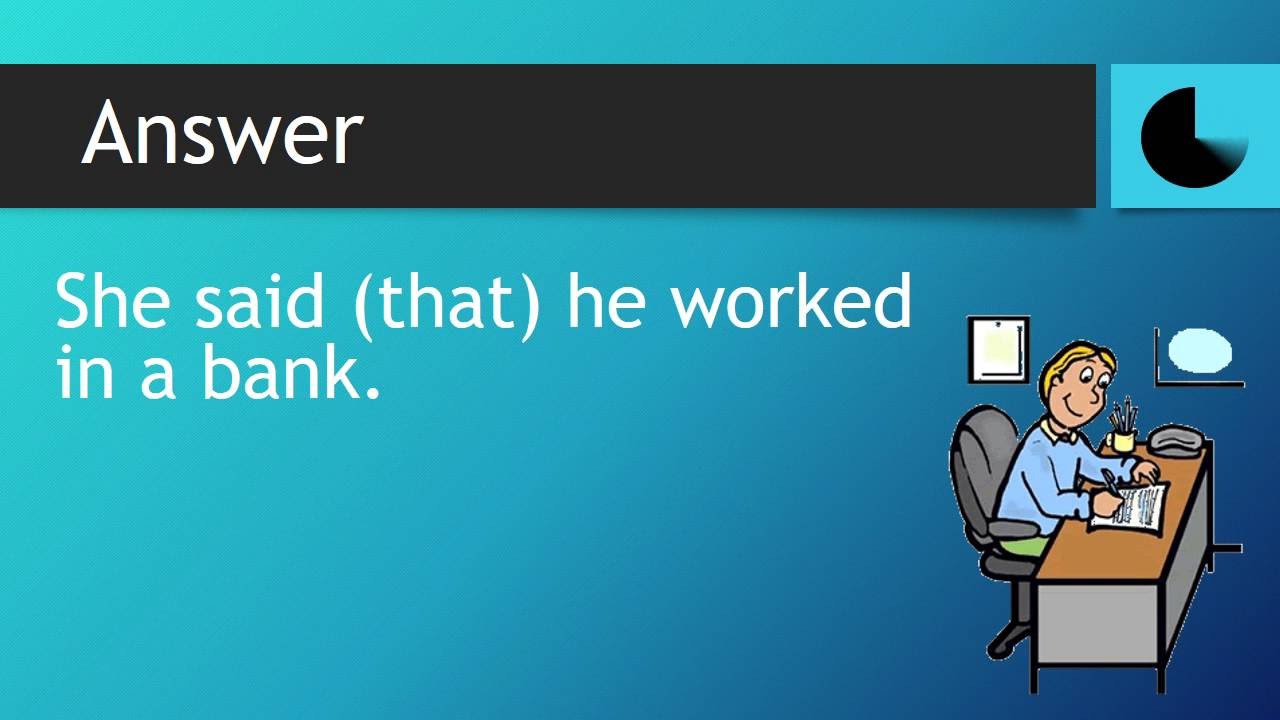 For intermediate students of English Language.
Website at: http://rube971.wix.com/englishcourse 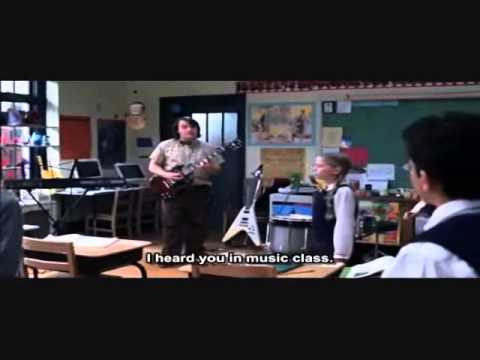 How to use reported speech – 6 Minute Grammar

Learn English Grammar with BBC Learning English! Have you ever wanted to tell someone about what someone else has said to you? Learn about how you can do this with reported speech. There are more practice activities on our website: http://www.bbc.co.uk/learningenglish/english/course/intermediate/unit11/session2
0:00 Introduction
0:06 How to use reported speech
3:56 Quiz
More lessons you might enjoy:
More Reported Speech: https://youtu.be/COEZy0ekdJY
Reported Speech: The Grammar Gameshow: https://youtu.be/cetrtFDN2Zg
Anxious about talking to new people?: https://youtu.be/u6QrbYDsj1g
6MinuteGrammar BBCLearningEnglish LearnEnglish 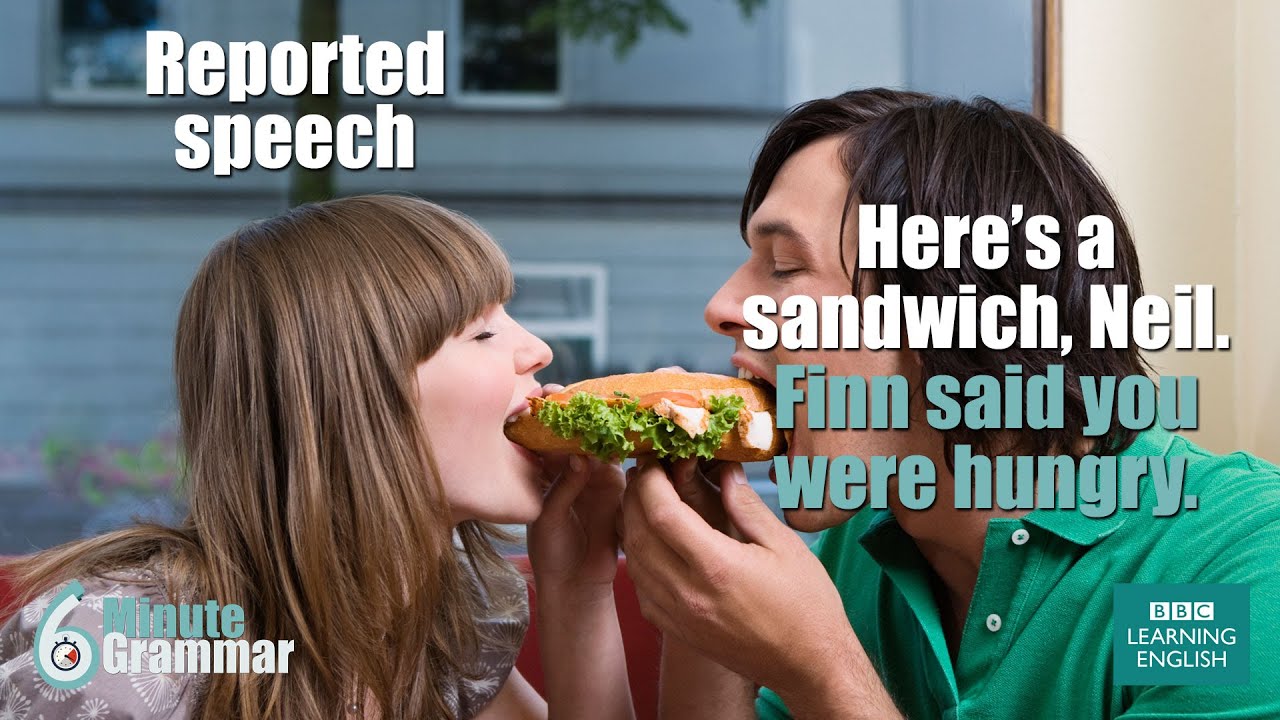 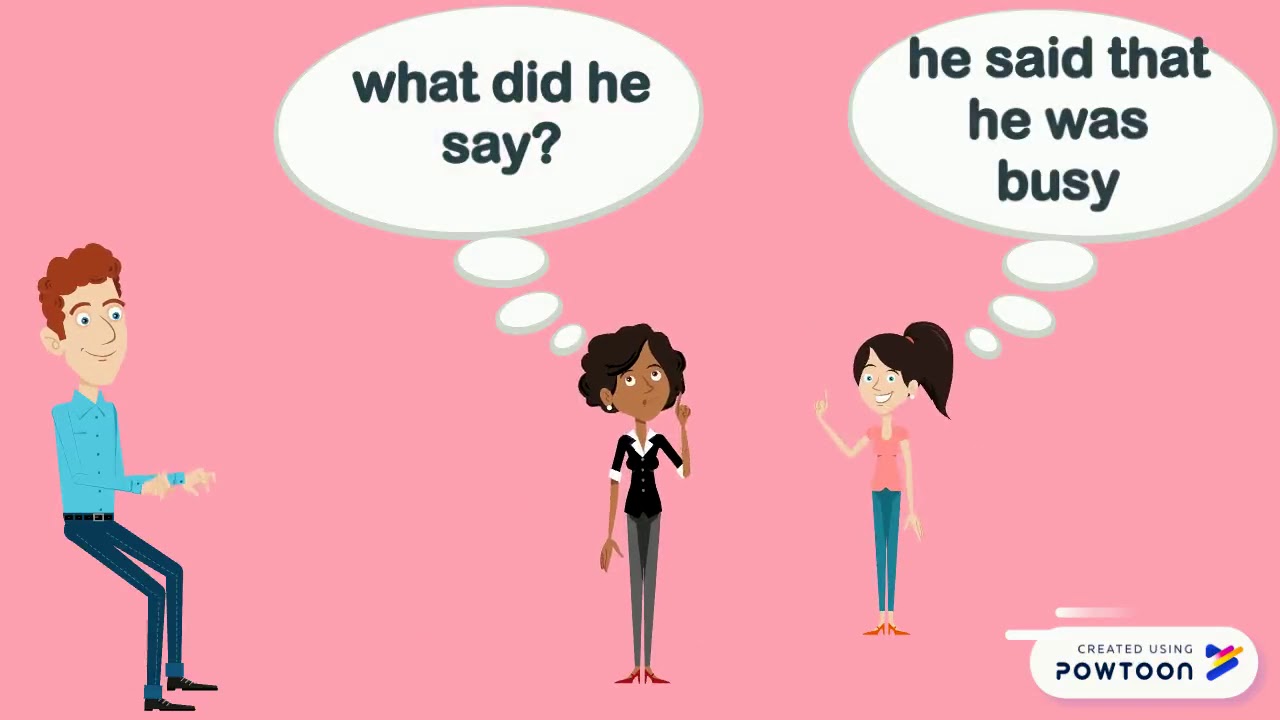 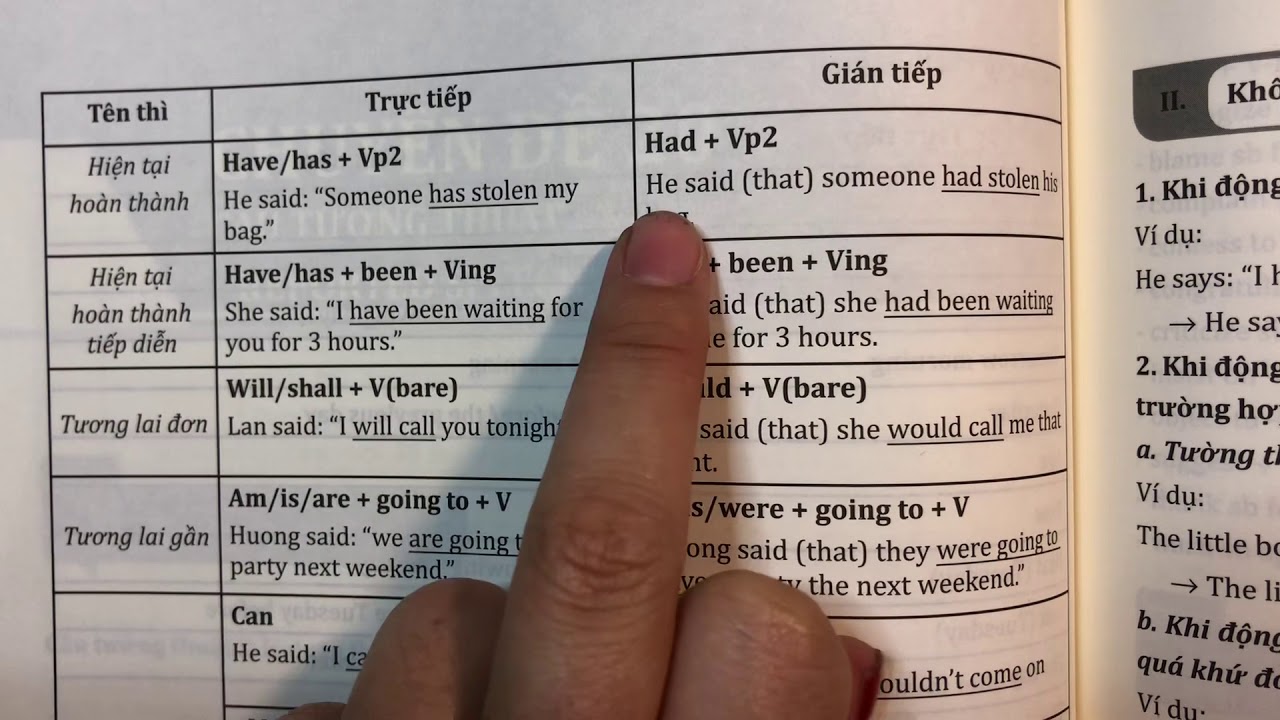